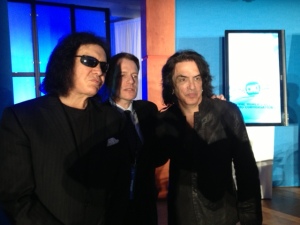 There’s a tart scene in Mad Men when Don Draper eyes the iconic VW Beetle ad with the one-word caption: “Lemon.” After a thoughtful pull on his Lucky Strike (“It’s Toasted!”), he says: “I don’t know what I hate about it the most — the ad or the car.”

These days, too many people seem to agree: they don’t like ads. They’re interruptive and meddlesome. Besieged on one side by blockers and browsers, on another by unfriendly memes, advertising seems to be having a moment.

A few years ago, NYU gadfly Scott Galloway went so far as to declare “The End of the Advertising-Industrial Complex,” scripting a future of subscription-only media and brands propelled by word of mouth alone. In a dark analogy, he called modern digital marketing a world “full of anxiety, humidity and …” so on.

Ouch. He reminds me of the observation ascribed to John O’Toole, late chair of Foote, Cone & Belding, that most critics don’t like advertising just “because it isn’t something else.”

It wasn’t always thus. The first major history of the ad business concluded advertising was “a civilizing influence” and “an educative force.” That was in 1929. Times have changed, although as recently as the 1970s a voice as acrid as media theorist Marshall McLuhan’s said, “Advertising is the greatest art form of the 20th century.”

Maybe so, but an increasing number of people seem to be asking: Do we even need it anymore?

What Does Advertising Do, Anyway?

The best and most obvious case for advertising is that it creates (or encourages) demand. As the economist John Kenneth Galbraith famously said in The Affluent Society (1958), advanced societies can’t prosper unless they convince people they need more than they actually do. In addition to information, advertising is supposed to supply desire.

A lot of academic angst has been directed at this point, but let’s avoid that for now and assume ads are supposed to bring in more at the cash register than they cost. Certainly, a lot of – let’s also assume –intelligent people believe this to be true. Even during this very difficult year, some $215 billion will be spent on ads in the U.S.

But do they work? It’s conceivable advertisers are in the pincers-grip of wishful thinking and fuzzy math. Having spent some years in the ad measurement business, I can tell you that measuring return on ad spend (ROAS) is not as easy as it looks, and it doesn’t look easy.

Oddly, digital channels make measurement harder – not simpler. When a majority of ad spend flows to platforms that do their own measurement and don’t release raw data, in the name of privacy, complex equations are required. The good news is that analysts who have worked these equations, over time and on a large scale, generally agree that advertising works. That is: brands that advertise more can be shown to have higher sales, on average, and the impact of ads is incremental.

What about Tesla? Sooner or later, the anti-ad crowd always mentions this brand. After all, four of the five biggest car makers – all major ad spenders – are losing share. Tesla is growing, despite spending almost nothing on ads.

My response to this is simple: come up with a revolutionary product that disrupts a 100 year-old industry, add a charismatic chairperson, and you too will enjoy so much free publicity that it would be redundant to advertise.

What Else Have You Done for Me, Lately?

Demand is its day job, but advertising has more mojo. There is the industry itself with its quarter-million hard-working employees. Many of these people have impressive (subsidized) side-hustles in the arts and sciences. And there is the indirect impact of additional demand, as companies sell more and then hire, buy equipment, take out leases, and so on.

To add all these direct and indirect effects up is a complicated exercise that has been attempted over the years. Each time, conclusions were impressive. A 1999 study overseen by a Nobel Laureate found advertising accounted for about 2.5% of U.S. economic output.

A decade and a half later, IHS Global Insight concluded that every dollar spent on advertising generates $22 in economic output (sales), and every $1 million spent supports 81 American jobs. An update done in 2015 found that advertising impacted up to 19% of U.S. GDP.

There are a lot of caveats, of course. IHS is a respected research firm, but the reports were sponsored by ad industry groups. The reports’ definition of advertising was very broad, e.g., including direct mail. But even if the numbers are discounted, they still point to a major impact on the nation’s economic life.

And we haven’t even mentioned that ads support content. It appears that advertisers spend about $35 per month to reach each U.S. adult online, which should make us feel pretty good. That money pays for news, entertainment and utilities that in an ad-free world either would not exist or would cost us something. Newspapers have lost 70% of their ad revenue since 2006, with a similar decline in reporters and content. Oft-mentioned counter-examples such as the New York Times’ rising subscription revenue are really just poignant outliers.

On the other hand, somebody is making money on ads. Two of the five most valuable companies on Earth are almost entirely ad-supported. Content on Google (including YouTube) and Facebook (including Instagram) is free, and the prolific ad experience they offer clearly isn’t turning people away. So the “advertising-industrial complex” may not have ended but just changed its owners.

Let’s admit that ads aren’t going away. The business needs to adapt its data and approach to a new reality. And many of the industries’ problems — from oversaturation to intrusive targeting — are actually self-inflicted.

Don Draper gives us some solid advice: “You want respect? Go out and get it for yourself.”

2 thoughts on “The Case for Advertising”